The following are the prepared remarks longtime OK Policy Executive Director David Blatt delivered at farewell events held in Oklahoma City on October 28 and Tulsa on October 29. Blatt served as OK Policy’s Executive Director from 2010 to September 2019. Beginning in January he will be the George Kaiser Family Foundation Professor of Practice in the Master of Public Administration Program at OU-Tulsa. Scroll down to view a photo album of both events.

This journey began 23 years ago, soon after I convinced Patty Hipsher to marry me and she convinced me to move to Oklahoma. Patty had accepted a job teaching political science at Oklahoma State. After finishing up a Ph.D., I recognized that neither I nor academia were getting much out of that relationship, but I truly had no idea what else I could do. I had to cross my fingers and trust my luck.

After a year stumbling around in search of a steady job, I sent my resume to the Oklahoma Senate, which happened to be hiring a fiscal analyst for the Health and Social Services budget committee. Now, I was the obvious, perfect candidate for the job except for a few minor details – I knew nothing about fiscal analysis, state budgets, health care… or Oklahoma. To my great good fortune, the Senate fiscal director, Tom Walls, himself a recovering academic, looked at my resume and decided that I looked smart and could probably figure things out.

I can honestly say that being part of this organization for 12 years, and leading it for the past ten, has been the great honor of my life.

I am eternally thankful for that opportunity and for all the opportunities that have followed as I’ve built a career, and Patty and I have built our lives here in Oklahoma. Folks may look at you a little suspiciously once you move here – that old attitude of “why in the world would you choose Oklahoma?”, especially if you’re a Jewish guy from Canada – but they will then welcome and embrace you and make you feel immediately at home. I often say that Oklahomans are the nicest people in the world – at least until they get onto the floor of the Legislature. But I’m truly grateful to all of you who have extended your friendship when we moved here and ever since. We feel especially thankful to have found a home in Tulsa’s Jewish community thanks to Rabbi Marc Fitzerman, Alice Blue, and many others.

After three years with the Senate, I was hired by Steven Dow, who would become my mentor and close friend, to head up public policy at Community Action Project of Tulsa. I quickly became connected with the Center on Budget and Policy Priorities and learned of the work being done by state-based groups around the country to use research and analysis to expand opportunity and equity for low- and moderate-income families. This was a revelation – that I could still be a researcher and a policy wonk but in the service of my core values and principles. I knew I’d found my people, and what I wanted to do for a very long time.

After seven years at CAP, we decided it was time for the public policy work to strike out on its own, which led to the creation of OK Policy. I can honestly say that being part of this organization for 12 years, and leading it for the past ten, has been the great honor of my life. There are so many people I am grateful to, including many who are here this afternoon. There are a few groups I especially wish to acknowledge:

Which leads us to this moment of transition. There is no doubt in my mind that OK Policy will continue to be a strong and successful organization that will have a real and growing impact on policy discussion and outcomes in Oklahoma. With a strong board, a great staff, committed funders, an esteemed reputation, and a clear and vital mission, the elements are all there.

But I know that change in an organization, and especially the departure of a founding director, brings uncertainty. Over the past month, I’ve had the chance to spend a good deal of time with my successor, Ahniwake Rose, as we’ve traveled around meeting partners and stakeholders in Tulsa and Oklahoma City. (Ahniwake refers to it as our “Driving Miss Daisy” tour. After all those years being taken for Steven Dow, it’s a pleasure to be taken for Morgan Freeman). During this time, I’ve been greatly impressed by Ahniwake’s perceptiveness and intelligence; her ability to make connections and build relationships; her fierce passion for her family, her community, this work, and this state; her broad understanding of public policy issues, and her kindness and sense of humor. She’s already begun to sketch out a vision for the organization that builds on what we’ve accomplished and takes us in new and exciting directions. As an expression of my confidence in OK Policy under Ahniwake’s leadership, I’ve already made a three-year financial commitment to the organization, and hope many of you will choose to do the same.

Almost four years ago, I mentally circled the end of 2019 as a goal date for retirement from OK Policy. What I knew was that 2019 would mark the end of a calendar decade as well as a full decade for me as Executive Director. And I knew I’d be turning 55, leaving me one more decade, more or less, to do something else – preferably something less all-consuming. So 2019 seemed like a good time to make a change.

What I could only hope was that when 2019 rolled around, the organization would be in a good place, that there would be clear signs of progress in Oklahoma, and that we could find a successor with the right skills and experience to take my place. It was a gamble, but like so much of what’s happened over the past 23 years, the gamble has paid off beyond what I could reasonably have imagined. As I move on to my next chapter, which will include teaching public policy in the MPA program at OU-Tulsa and hopefully lots more time for travel, recreation, and relaxation with my family, I have been and continue to be one extremely lucky guy. 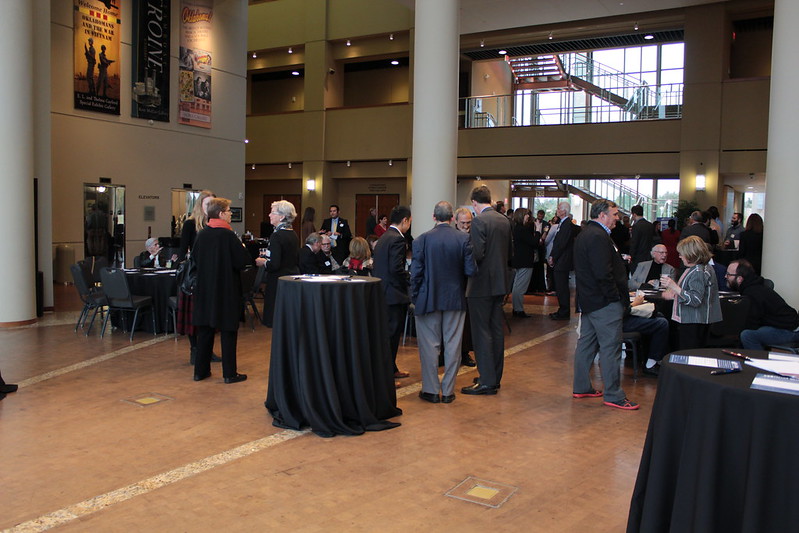